COLUMBUS, Ohio, Jan. 5, 2012 – American Electric Power (NYSE: AEP) and its unregulated subsidiary AEP Energy, Inc. announced today that the company has reached an agreement to acquire BlueStar Energy Holdings Inc. and its independent retail electric supplier AEP Energy. The terms of the agreement are not being disclosed.
BlueStar, based in Chicago, provides electric supply for retail customers in Ohio, Illinois and other deregulated electricity markets. The company also provides energy solutions, including demand response and energy efficiency services, nationwide. BlueStar has been in operation since 2002 and has approximately 21,000 customer accounts.
“Adding the dynamic, competitive culture and expertise of BlueStar to our team will give us a strong platform on which to grow our retail energy business and hedge the output of our soon-to-be unregulated Ohio generation,” said Nicholas K. Akins, AEP president and chief executive officer. “The retail customer acquisition and demand-side management expertise at BlueStar, including its proprietary information systems, will enhance our already successful wholesale business and diversify the product offerings available as we expand our retail customer base.”
The transaction is expected to close by the end of March, pending regulatory approval from the Federal Energy Regulatory Commission and anti-trust review by the Department of Justice under Hart-Scott-Rodino. BlueStar’s operations will continue to be based in Chicago and will remain focused on providing retail electric service for residential, commercial and industrial customers in deregulated states, as well as demand response and energy efficiency services nationwide.
“Joining forces with an established company like AEP provides BlueStar with the resources and support necessary to build on our track record of profitable growth and expansion, and to continue our mission of helping customers use less electricity and pay less for it,” said BlueStar Energy Chief Executive Officer Guy H. Morgan. “We are particularly pleased by the excellent cultural fit that exists between our companies.”

American Electric Power is one of the largest electric utilities in the United States, delivering electricity to more than 5 million customers in 11 states. AEP ranks among the nation’s largest generators of electricity, owning nearly 38,000 megawatts of generating capacity in the U.S. AEP also owns the nation’s largest electricity transmission system, a nearly 39,000-mile network that includes more 765 kilovolt extra-high voltage transmission lines than all other U.S. transmission systems combined. AEP’s transmission system directly or indirectly serves about 10 percent of the electricity demand in the Eastern Interconnection, the interconnected transmission system that covers 38 eastern and central U.S. states and eastern Canada, and approximately 11 percent of the electricity demand in ERCOT, the transmission system that covers much of Texas. AEP’s utility units operate as AEP Ohio, AEP Texas, Appalachian Power (in Virginia and West Virginia), AEP Appalachian Power (in Tennessee), Indiana Michigan Power, Kentucky Power, Public Service Company of Oklahoma, and Southwestern Electric Power Company (in Arkansas, Louisiana and east and north Texas). AEP’s headquarters are in Columbus, Ohio. News releases and other information about AEP can be found at www.aep.com.

AEP Energy is an independent retail electricity supplier – unaffiliated with any utility – supplying electricity to business and residential customers. One of the fastest-growing energy suppliers in the United States, BlueStar provides a wide array of energy solutions including retail electric supply and is operating in Illinois, Pennsylvania, Delaware, Maryland, New Jersey, Ohio and Washington, D.C. BlueStar also provides energy demand-side management solutions nationwide. For more information visit www.aepenergy.com.
This report made by American Electric Power contains forward-looking statements within the meaning of Section 21E of the Securities Exchange Act of 1934. Although AEP believes that its expectations are based on reasonable assumptions, any such statements may be influenced by factors that could cause actual outcomes and results to be materially different from those projected. Among the factors that could cause actual results to differ materially from those in the forward-looking statements are: Electric load and customer growth; weather conditions, including storms; available sources and costs of, and transportation for, fuels and the creditworthiness of fuel suppliers and transporters; availability of generating capacity and the performance of AEP’s generating plants; the ability to recover regulatory assets and stranded costs in connection with deregulation; the ability to recover increases in fuel and other energy costs through regulated or competitive electric rates; the ability to build or acquire generating capacity when needed at acceptable prices and terms and to recover those costs through applicable rate cases; new legislation, litigation and government regulation, including requirements for reduced emissions of sulfur, nitrogen, mercury, carbon and other substances; timing and resolution of pending and future rate cases, negotiations and other regulatory decisions (including rate or other recovery for new investments, transmission service and environmental compliance); resolution of litigation (including pending Clean Air Act enforcement actions and disputes arising from the bankruptcy of Enron Corp.); AEP’s ability to constrain its operation and maintenance costs; AEP’s ability to sell assets at acceptable prices and on other acceptable terms, including rights to share in earnings derived from the assets subsequent to their sale; the economic climate and growth in its service territory and changes in market demand and demographic patterns; inflationary trends; its ability to develop and execute a strategy based on a view regarding prices of electricity, natural gas and other energy-related commodities; changes in the creditworthiness and number of participants in the energy trading market; changes in the financial markets, particularly those affecting the availability of capital and AEP’s ability to refinance existing debt at attractive rates; actions of rating agencies, including changes in the ratings of debt; volatility and changes in markets for electricity, natural gas and other energy-related commodities; changes in utility regulation, including membership and integration into regional transmission structures; accounting pronouncements periodically issued by accounting standard-setting bodies; the performance of AEP’s pension and other post-retirement benefit plans; prices for power that AEP generates and sells at wholesale; changes in technology, particularly with respect to new, developing or alternative sources of generation; and other risks and unforeseen events, including wars, the effects of terrorism (including increased security costs), embargoes and other catastrophic events. 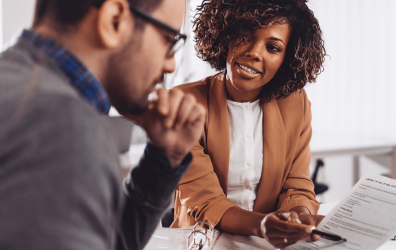 COLUMBUS, Ohio, Sept. 23, 2015 – AEP Energy, a subsidiary of American Electric Power, has partnered with the City of Clyde, Ohio, to design, build, own and operate a 3.6-megawatt solar energy array. The City of Clyde will purchase all the electricity generated by the solar panels to help meet the energy needs of the … 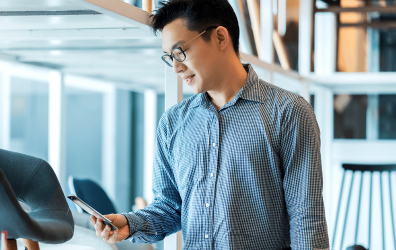 COLUMBUS, Ohio, July 28, 2014 – AEP Energy today began installation of a 101-kilowatt (kW) solar array on the roof of The Ohio State University’s Student Life Recreation and Physical Activities Center (RPAC). AEP Energy will fund, build, own and operate the approximately 10,000-square-foot array, made up of 367 solar panels arranged in a configuration …