December 2016 Edition: As we enter the winter season, it is timely to reflect on the significance of winter electricity costs and outline some significant structural changes in how the market views winter and summer months compared with other parts of the year.

How Does Winter Impact Energy Prices?
As we enter the winter season, it is timely to reflect on the significance of winter electricity costs and outline some significant structural changes in how the market views winter and summer months compared with other parts of the year.
With some regional exceptions, electric demand and prices in the United States have generally been highest in the summer period, specifically July and August, due to the potential for significant air conditioning load. For decades, utilities, cooperatives, regulators and reliability coordinators have been most concerned about the grid’s ability to meet peak demand obligations during these crucial summer months, ensuring there is enough electric generation available plus a reserve to handle existing customers, and any additional load growth.
Typifying this, below is a graph from December 16, 2013 detailing the average for ward value of electricity by month in the AEP – Dayton (AD) Hub market for 2018 delivery. 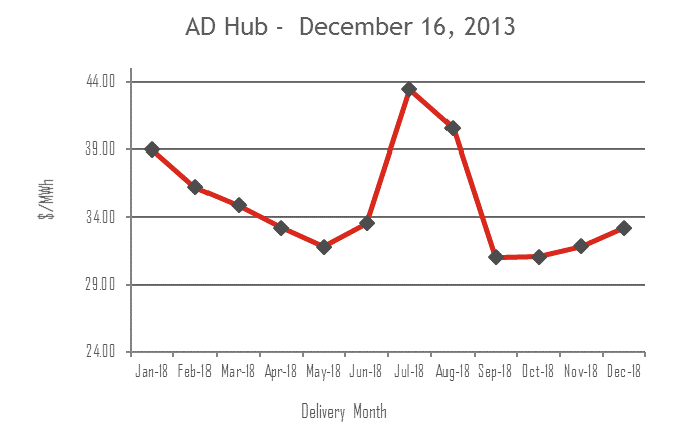 Displayed on the graph below is the historical monthly seasonality from 2004 to 2014.

Most importantly, notice how the majority of value is concentrated in July and August. This represents fairly typical seasonal electricity prices of the expected cost of energy prior to the Polar Vortex of 2014. 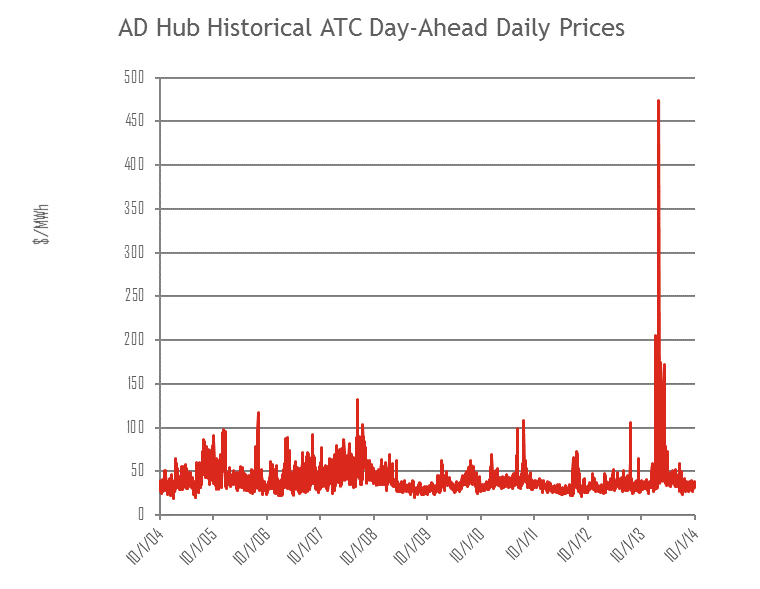 In January of 2014, electricity prices dramatically changed during the Polar Vortex. These impacts reverberated to the future outlook of energy.
Due to the extreme cold snap of 2014, roughly 20% of PJM’s total generation was forced off-line.  Home heating demand of natural gas was so strong it usurped a significant portion of natural gas flow to power plants.  For several days, prices in many regions broke daily records soaring to several hundred dollars per MWh.
Following attempts by regulators to address the polar vortex, such as significant regulatory reforms to capacity and efforts to better streamline electricity and natural gas operations, the market completely changed how it views electricity in winter verses summer months.  Despite efforts to reform, the operational problems that were presented during the Polar Vortex still fear repeat by traders in the wholesale electricity market.  At the same time, the summer peak has become less of a concern compared to prior years due to more commercial and industrial customers having executed energy efficiency measures and are participating in demand response and capacity reduction programs. These programs have changed the way energy is valued over the course of a calendar year by removing some of the price spikes.
To visualize, the graph displayed below, from December 19, 2016, outlines these changes. It displays the average for ward value of electricity by month in the AEP – Dayton (AD) Hub market for 2018 delivery (essentially, three years after the first AD Hub graph previously shown). 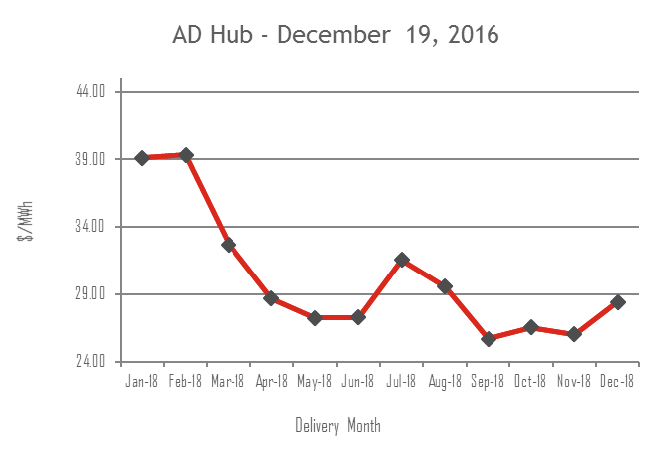 So what do these “seasonality” changes mean for consumers?

If you need assistance or have questions on any of these programs, please consult your AEP Energy representative to assess your participation. 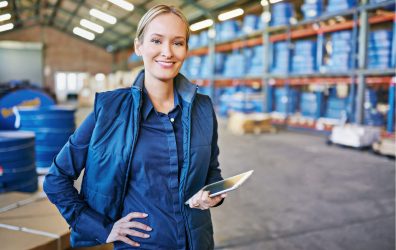 Energy Resiliency: An Integral Part of Your Business Operations

As extreme weather events and grid outages continue to increase in frequency, it is becoming clear that industry stakeholders must take more control of their electric load to create the business continuity that we have grown to expect in a modern society. One of the most prevalent topics in the energy market today is resiliency … 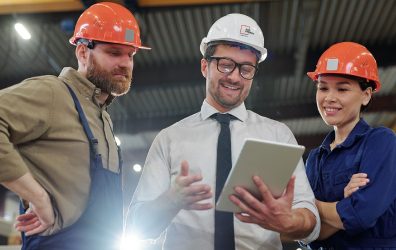 PJM’s Reliability Pricing Model (RPM) is designed to enable PJM to obtain sufficient resources to reliably meet the needs of electric consumers within their footprint. Savvy energy professionals can optimize outcomes in the RPM capacity market to earn incremental revenue or realize savings. This article provides insights on extracting optimal value from PJM’s RPM for …