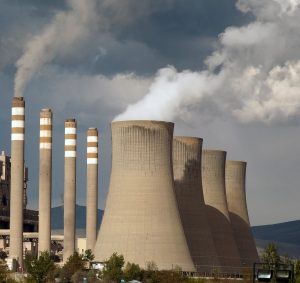 When it comes to governmental incentives, one’s viewpoint depends entirely on how one benefits. When I was a teenager back in the mid-70s I worked at my Uncle’s grocery store in Lewiston, Nebraska (population 80). On Saturday nights the area farmers would drift into my Uncle’s store to discuss current events and the topic turned to government welfare payments, which all opposed. Playing the “devil’s advocate” I drew numerous parallels to the many federal agricultural programs available to farmers that were prevalent at the time; being paid not to plant too much; paid to let land lay fallow; paid a guaranteed price regardless of the market value, but the farmers soundly rejected these analogies (and my Uncle wasn’t very happy with my “hippie views”). And so it is with Zero Emission Credits.

Legislators in Illinois, New York, Ohio, Connecticut, Pennsylvania and New Jersey have considered or may consider legislation to subsidize existing nuclear power plants. While the details vary, the essence is a payment made to nuclear plant owners creating an economic benefit in the hopes that such plants will remain economic to operate. Some analysts assess that nuclear plants are getting paid $20 to $30/MWh for their electricity, but incur costs at an average of $35/MWh so are operating at a loss. A subsidy payment is typically based on the carbon clean characteristics of nuclear generation by requiring the users of the nuclear generation to pay for Zero Emission Credits (ZECs). How many and how much a ZEC is worth varies widely among the legislative proposals. Those advancing the benefits of such legislation claim that existing nuclear reactors generate electricity without producing carbon dioxide and other combustion pollutants, saving high paying jobs, contributing local and state property taxes, and supporting economic development through available electric generation.

Opposing are those who will be pay more for their electric service, own competing sources of generation, or oppose nuclear power generally. Passing such legislation often entails adding “bells and whistles” such as expanded energy efficiency programs, annual spending caps, performance targets, funding low income programs, investments in solar programs, and job training for specialized groups.

This type of legislation must be carefully crafted on the basis of the environmental attributes the ZECs would confer on the state while relying on retail sales to fund the program. To reflect energy efficiency regulation, the legislation may calculate the ZEC value by reference to the social cost of carbon, an approach recently upheld in Zero Zone v. Department of Energy¹. The Illinois legislation provides for ZECs to be based upon a “public interest criteria” and the price based on the “social cost of carbon.” The “public interest criteria” considers minimizing carbon dioxide, sulfur dioxide, nitrogen oxide, and particulate matter emissions from electricity sources consumed in the State. The public interest also includes consideration of existing environmental benefits that are preserved by existing nuclear plants that would cease to operate. The “social cost of carbon” is set at $16.50/MWh based on a federal governmental agency’s calculation with a discount rate and inflationary adjustment and the cost to replace nuclear generation by purchasing renewable energy credits from new utility-scale wind and solar projects.

Adversely affecting the wholesale power markets and interstate power sales can result in successful legal challenges to ZEC legislation based on federal commerce clause requirements. In organized markets with capacity programs, the generation subsidy created by ZEC payments to nuclear plant operators are alleged to create false pricing signals for capacity, skewing market pricing. Such legislation cannot disregard interstate wholesale rates required by FERC, but States can encourage production of new or clean generation through measures that do not condition payment of funds on FERC’s regulated capacity clearing the auction, such as that operated by PJM.

Legal challenges to ZEC legislation claim such programs are preempted by federal law due to intrusion on the exclusive authority of FERC and a violation of the dormant Commerce Clause due to such programs only benefiting certain existing nuclear facilities within a State to the disadvantage of out-of-state generators that sell in the interstate electricity market.

In the landmark Supreme Court decision of Hughes v. Talen Energy Marketing² in April 2017, the Court struck down a Maryland program guaranteeing local generators a minimum price contingent on such generators clearing the PJM market as infringing on FERC’s exclusive jurisdiction to set wholesale energy rates and incented nuclear generators to submit artificially low bids, thereby depressing wholesale prices. Since nuclear generators can count on a revenue stream from ZEC sales, nuclear operators can lower their capacity and energy charges relative to other generation sources which lack a ZEC revenue source. Recently, federal court challenges against the New York and Illinois ZEC programs have been dismissed. In both instances the court found that the ZEC program does not run afoul of federal regulation of wholesale markets, the intent of the ZEC program was not to influence wholesale prices, and ZECs plainly relate to a matter of legitimate state concern regarding the production of clean energy and reduction of emissions from other energy that could add to global warming.

The debate regarding existing nuclear power plant subsidies is likely to intensify as a result of the recent capacity auction results within PJM Interconnection this past May. PJM holds an auction every year to procure capacity three years in the future, a process designed to provide economic incentives for owners to keep existing plants running to ensure reliability and for developers to build new plants to ensure future supplies. However, two existing nuclear power plants could not meet the capacity auction price. In theory, a successfully designed ZEC program would permit an existing nuclear plant to bid into the PJM capacity auction at a lower price to ensure that it clears the auction price, adding to its revenue stream. However, such success will come at a higher price for electricity for those electric consumers supporting a ZEC program.

The views expressed in this article are solely those of F. Mitchell Dutton and do not reflect the opinions or views of AEP Energy, Inc. or any of its affiliates, officers, directors or employees.